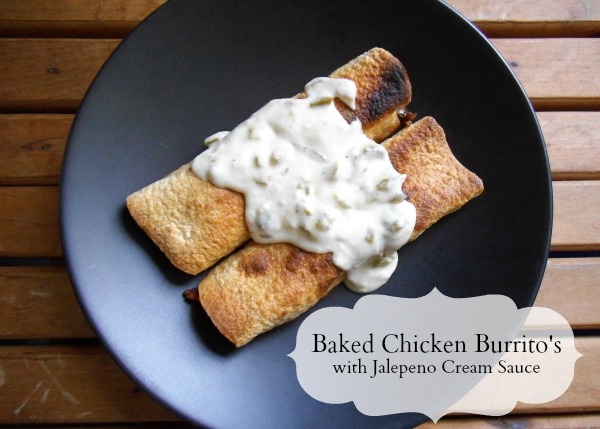 Shredded chicken that's been simmered in a sweet and spicy mix then baked to perfection with a jalepeno cream sauce made with greek yogurt.  It's beyond delish!

I've just died and gone to heaven with these.

My only changes to the original recipe are that I used shredded chicken that I baked because ground chicken seems to freak Ryan out, and I used greek yogurt instead of sour cream for the sauce.

As Ryan and I wandered around the grocery store, I asked him to go get 2 poblano peppers, which is what the recipe asked for, and he brought back 2 jalepeno peppers, convinced they were poblanos because the sign above them said so.  Only after I google-imaged it to him did he say "ooooooooh!"  But actually I prefer jalepenos, so we went with it! 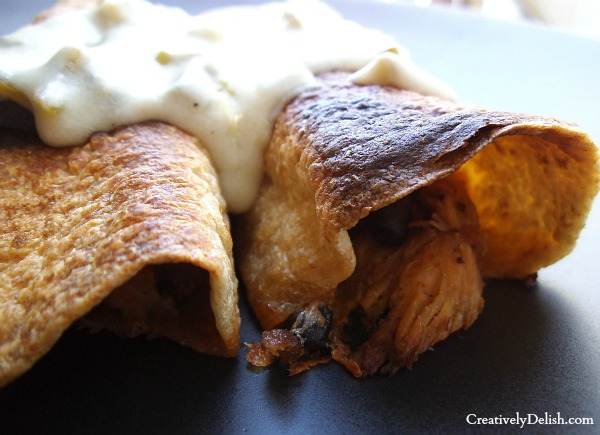 Baking them without the sauce gave them the most unbelievable crunch, and then with a blanket of Jalepeno cream sauce, it's pure heaven.

Now I know I didn't roll them like burrito's and they are technically enchiladas, but I'm still calling them burrito's because really they are...I just suck at rolling burrito's...or well actually I just don't feel like it...either way their divine, so whatever 🙂 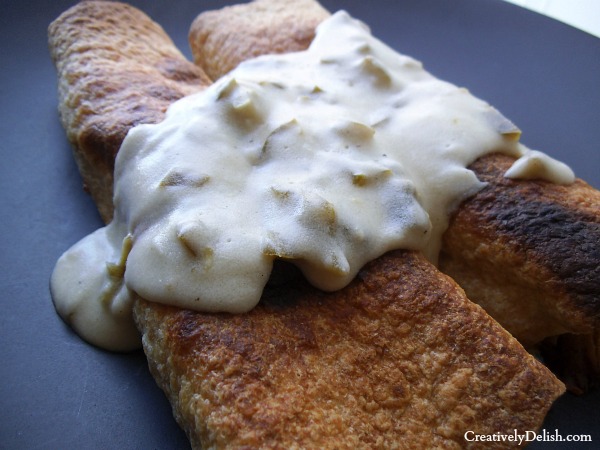 Both the cream sauce and the burrito's heat up really well as leftovers too.

These look and sound insanely delicious! Ground chicken kind of makes me a little freaky too – I have used it once or twice but shredded chicken is way better and easier to work with.