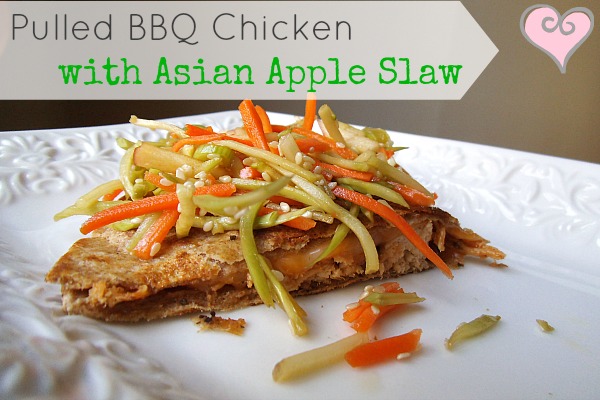 Tangy pulled BBQ chicken quesadillas pair perfectly with a crisp Asian Apple Slaw that takes under an hour to throw together...delicious and so fresh, it's love at first bite.

So let's start with the Asian Apple Slaw. 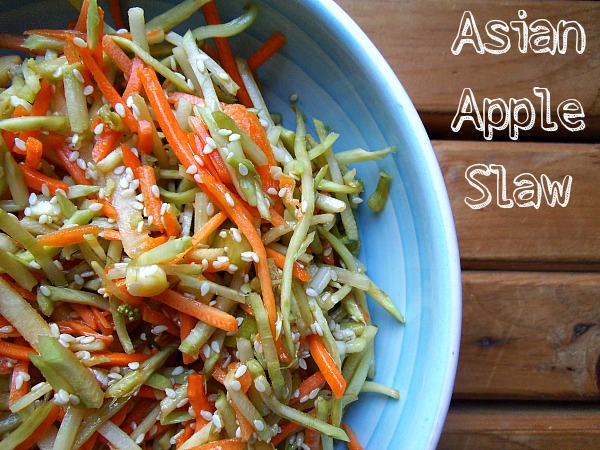 You would think that pairing BBQ sauce with a tamari based slaw would not work whatsoever, but we are all wrong - it's downright delicious.

Lime juice, sesame oil, tamari, sesame seeds, rice vinegar, and a touch of honey are all that goes into this broccoli slaw, shredded carrot and sliced apple slaw.  The crunch is tremendous and full of fresh flavors. 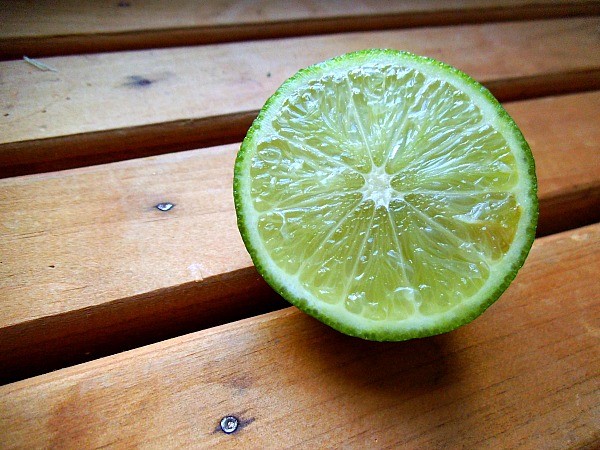 If you ever have trouble getting enough juice from a lime, try this:  after squeezing the life out of it, turn it inside out and squeeze again, that way you get every last drop. 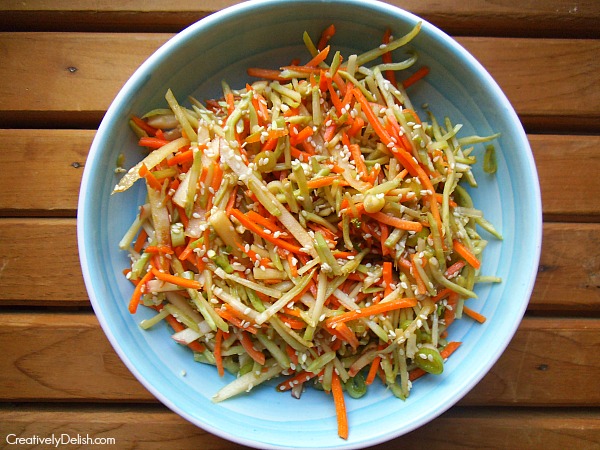 To make the most of your time, make this as you bake the chicken to shred it.  The chicken should take about 30-40 minutes depending on the thickness of the chicken breast, but if you're low on time, just grab a rotissere chicken from the store and shred that, then coat in your favorite BBQ sauce. 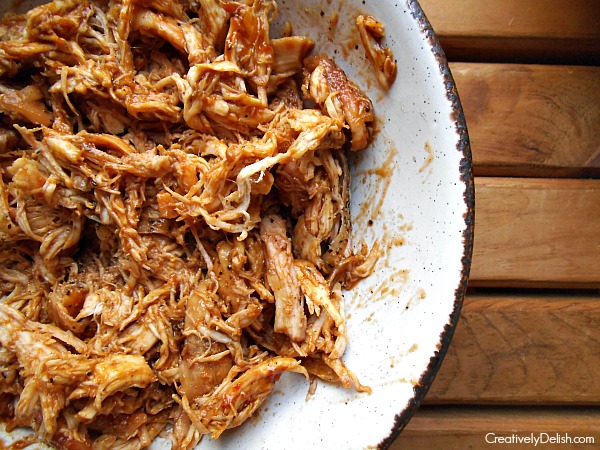 To assemble the quesadillas, use a good shredded cheese and whole wheat or corn tortillas.  Brown each side using a little olive oil then serve with the slaw on the side.  It's best to put the slaw on top and scarf it down immediately. 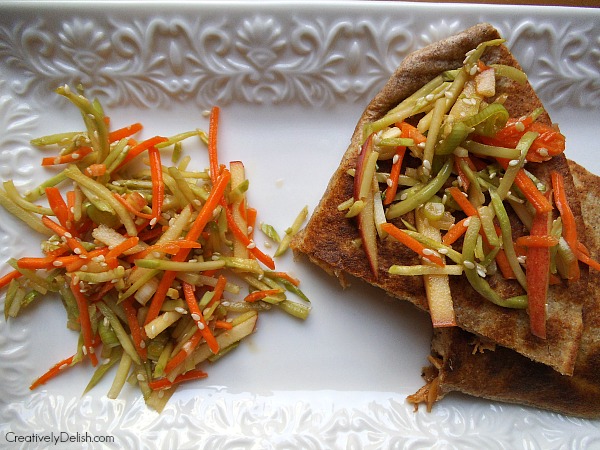 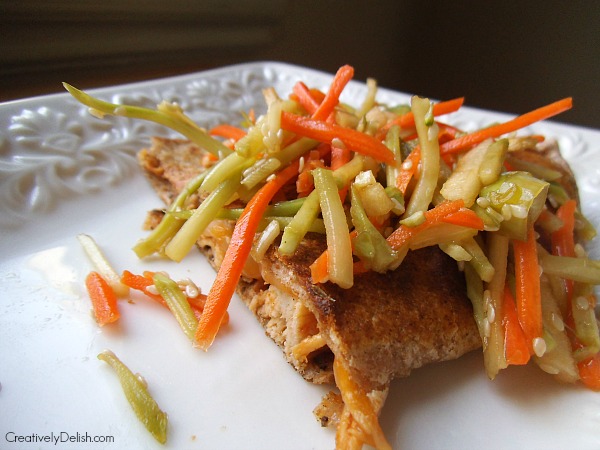