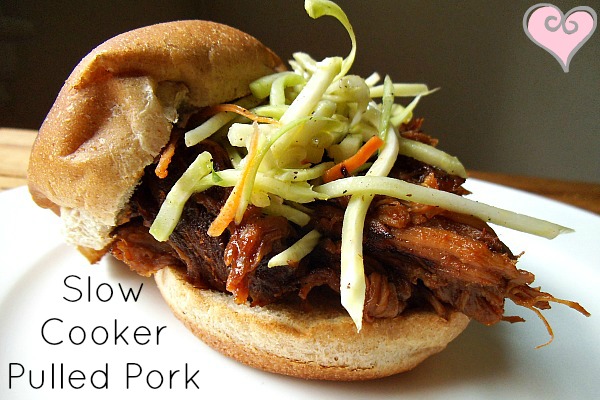 The easiest four-ingredient slow cooker pulled pork recipe you'll ever make, and so darn delicious you might cry tears of joy.

Lately I've been on a mission to encourage others to choose more sustainable and environmentally healthy foods.  On Saturday morning as I sat down to relax with my cup of coffee, I turned the TV on only to find the documentary, Food, Inc. was airing.

If you've never seen this documentary, I urge you to watch it.  It opened my eyes to so many other topics in the food industry besides the basics of processing, etc, and I am appreciating more and more the benefits and effects clean eating has on this world.

So why am I talking about this in a post about pulled pork?  It's simple - I took a really careful look at what I was using to make this recipe and immediately ran to the store to purchase new items.

What do I mean?  Just read the ingredients list below.  The first picture is from a Sweet Baby Rays BBQ sauce label.  There were two actual ingredients I knew in it!  I got queasy just thinking about how it.  The second picture is of a BBQ sauce from Trader Joes, and although the last ingredient is "caramel color" which I don't know, I at least know what everything else was.  I started with the first bottle but quickly ran back to the store to find the TJ's brand with ingredients I know - it's shocking what our food system is capable of. 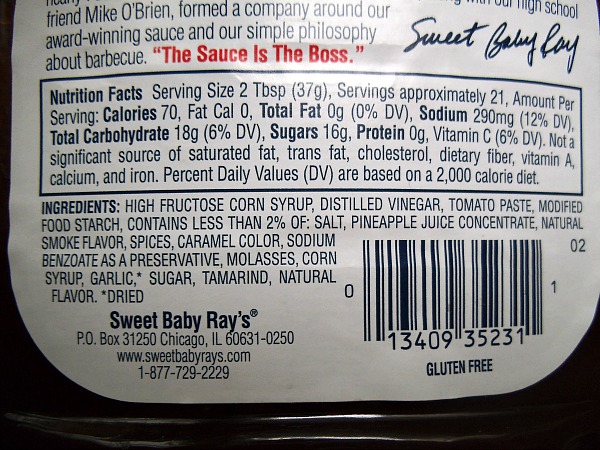 Ok, now for something a little closer to reality... 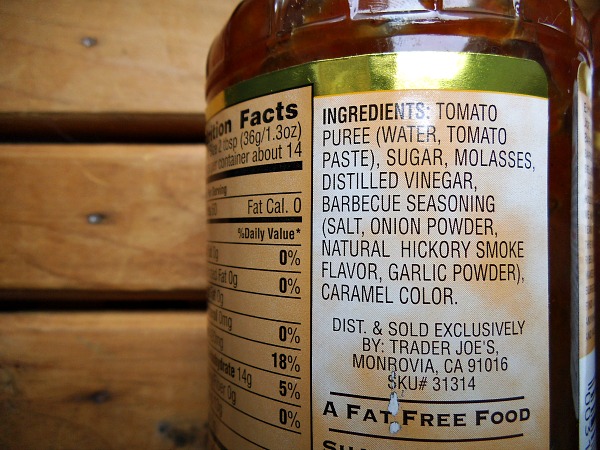 Ah yes, that's much better (besides the caramel color...really TJ's?!).

It's hard to find the right foods these days, but thankfully with places like Whole Foods, I was able to purchase the pork there where the standards are set high, along with locally grown onions and beer from a local brewery.  I used organic whole wheat buns too.

So let's get back to this delicious pulled pork!!!!

After it slow cooked for 8 hours, I removed it and shredded it... 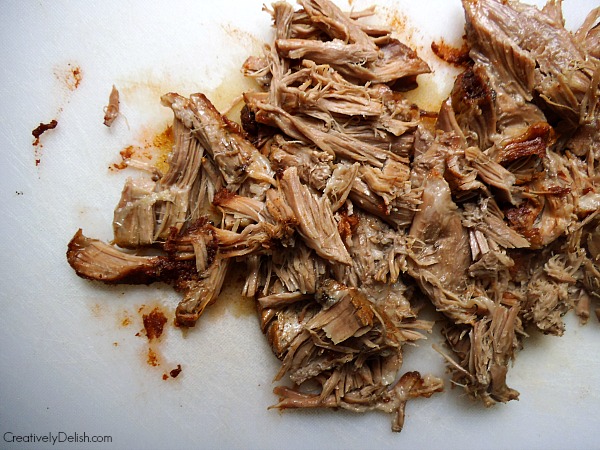 Then give it a good sear in a pan with some more sauce to caramelize a few pieces.. 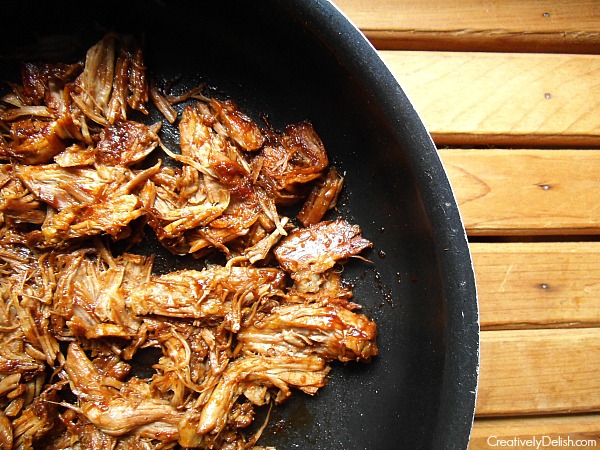 Put it into a bowl to cool and assemble the Broccoli Coleslaw Minus the Mayo. 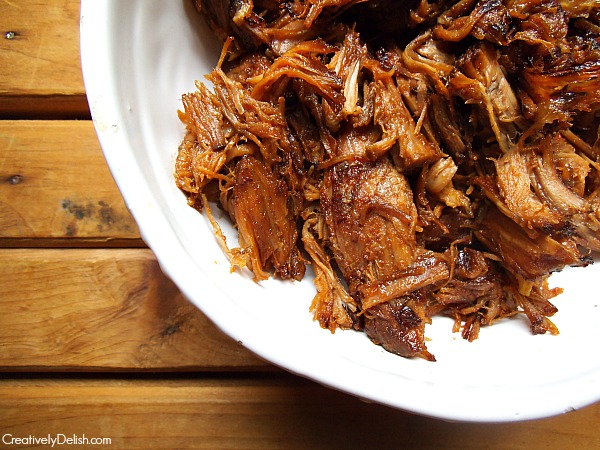 The Broccoli Coleslaw Minus the Mayo has a slightly sweet yet perfectly tangy taste that went so perfectly with the sandwiches.  The satisfying crunch was more than I could have dreamed of. 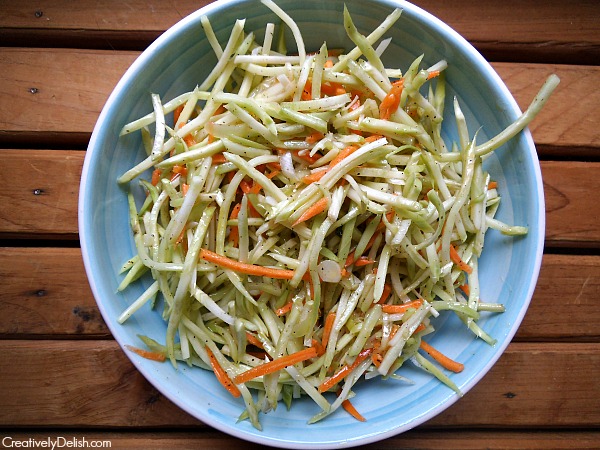 Toasted the buns then served 'em up! 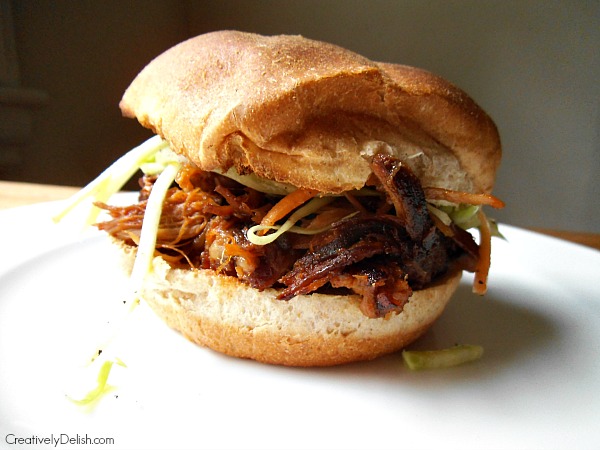 ...and very quickly devoured them! 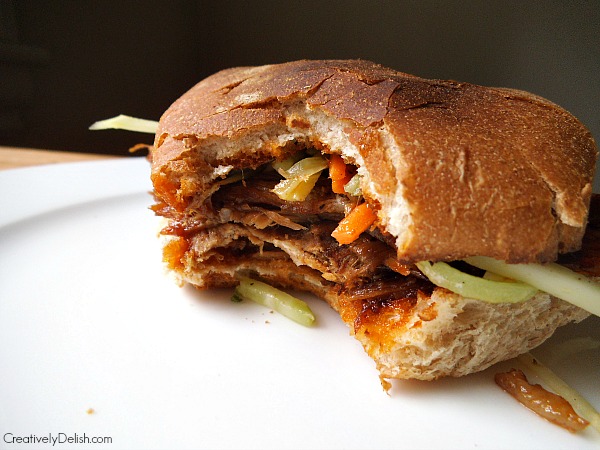