This delicious marinade is composed of chopped ginger and fresh lime juice, along with a few spices and a little vinegar.  Let it marinate for a little while to let the juices sink in and pan-sear or bake to swordfish heaven.

I’m not sure you can argue with me that there’s anything better than fresh swordfish.  mmm-mmm-mmm-mmm-MMM!  Crazy good!

So sweet, sweet Ryan took it upon himself to cook dinner tonight, and of course as anyone could guess, he came home with swordfish.  Now I’m sure you know by now judging from the blog you are reading, I like (LOVE) to cook, so when someone else takes over the kitchen, I need to be involved….poor Ryan.

So into the oven under the broiler the swordfish went, however did you know that if there’s oil in the marinade, it can ignite????

No more than two seconds later, a giant flame ignited in the oven, followed by enough smoke to make your eyes water.

The swordfish gods had emerged. 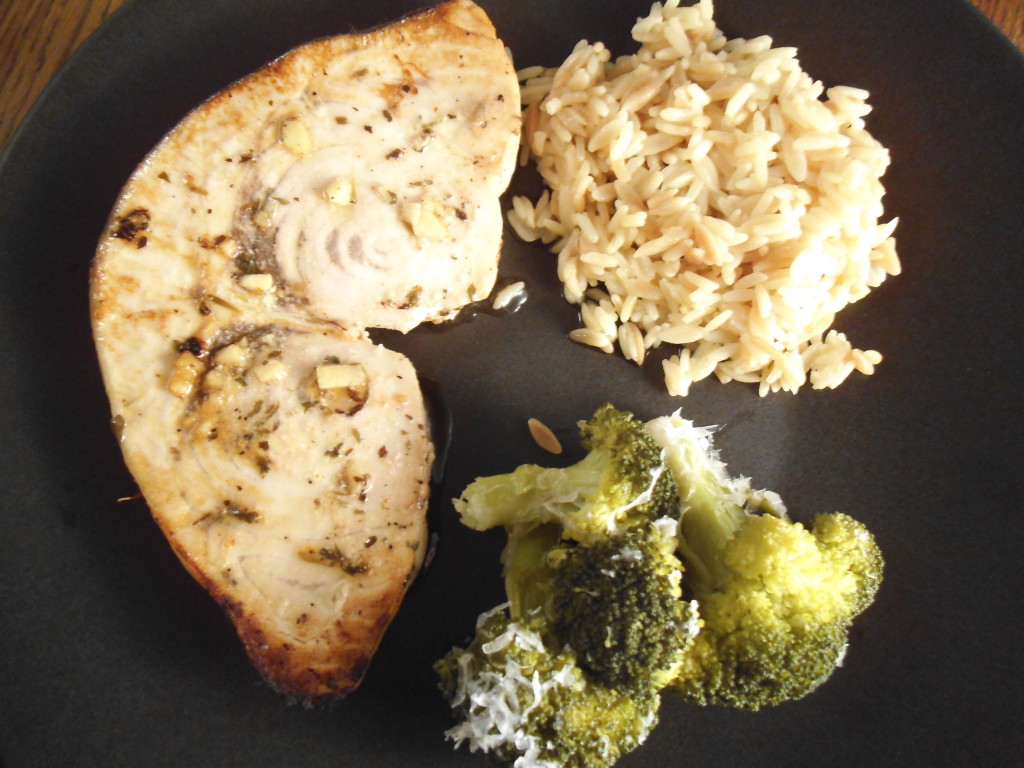