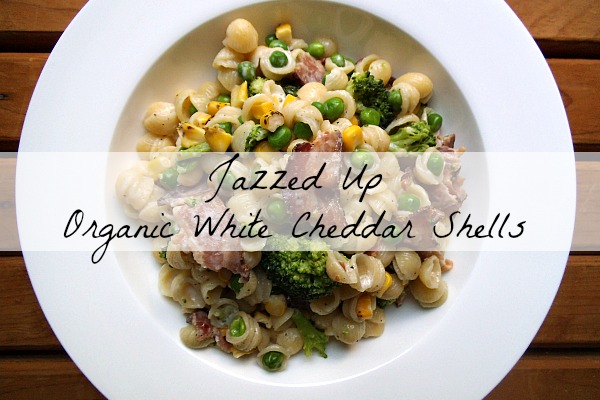 We all have those days where all you want is some good 'ole mac & cheese.  Which is fine, but there's really not all that much nutrition in those boxes, and even if you make it from scratch, it's still just noodles and cheese...

Here are my issues with boxed mac & cheese:

1.  It's never healthy!  So this time I found an organic version from Trader Joe's that's similar to the Annie's Organic line, but that still doesn't necessarly make it healthy...

2.  The portions on the back of the box are ruthless!  No normal person can easily sit down and enjoy 1/4 cup of mac & cheese and leave the rest for later.  That's just crazy.  But we are basically eating noodles with cheese which isn't what your personal trainer would prefer you to eat, so why not amp up the portions by adding a bunch of frozen veggies?!  Perfect!  Bigger portions because much of what's in that bowl will be veggies, but that still doesn't mean it's perfect...what about more flavor? 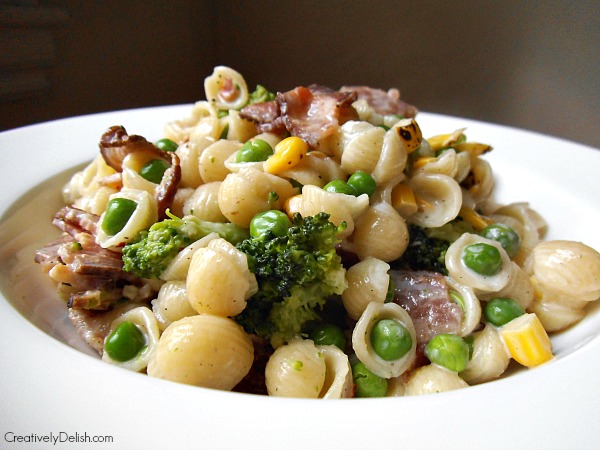 3.  Standard white cheddar shells is fine with me, but it's way more fun to throw in some ground black pepper, garlic powder and red pepper flakes for a jazzed up dish!  Now what about the protein... 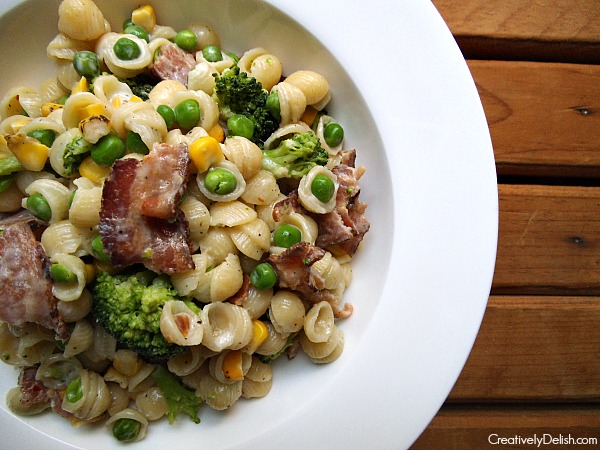