I realize I've changed the format of each weeks meal plan numerous times.  I'm just working on ways to make it as easy as possible for you to follow and stay organized.  If there is a certain way you felt was best, let me know!

Now that it's August, it's a good time to load up on those fresh veggies and fruits that will soon be a thing of the past.

I'm using a few things up in my pantry this week to save a little here and there, and since I had some farro and marinara sauce left over I used it to make Turkey & Farro Stuffed Peppers.  You could use whatever rice you have left in your cabinets for this dish and if you have a different cheese in the fridge, go with it! 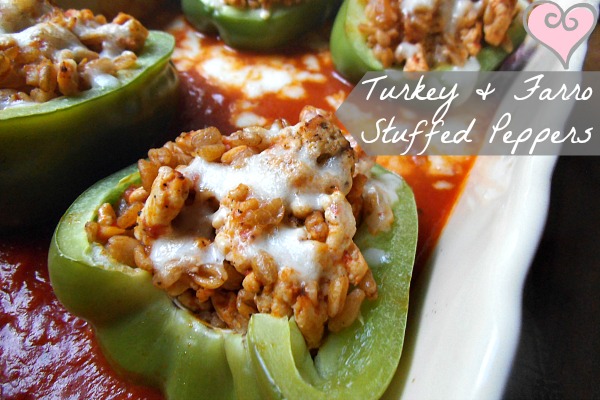 A quick vegetable frittata will also be made to use up a few extra veggies I had as well.  The frittata should make enough for one dinner for two plus lunch or a snack for two the next day, but if you gobble it up in one sitting... I also have one pizza crust left from last week, so I'll grab another mozz ball and make a pizza.

I was also given some tuna steaks freshly caught of the boat by a friend this week so I made some yummy burgers.  Obviously fresh tuna is $$$, so sub in ground beef or ground turkey and I promise it will still be yummy.

Veggies for your frittata - varies, I spent about $6.00 on my week's worth of veggies

I'm going to stick with my usual fried eggs over bread (this week I discovered Organic Whole Wheat English Muffins that I'm obsessed with).  I love the english muffins but since I'm using the Fiber One bread for a snack, I'll stick to that for breakfast too to save money and splurge on the muffins next week.   I've also always got Organic Steel Cut Oats on hand with sliced almonds for those mornings when I sleep in and just want to have a comforting breakfast on the couch.

1/2 dozen eggs (you can use some of the eggs from the dinner list for this too, that's why it's only a half dozen)

I'm going with the salad thing again this week, only because the romaine-tomato-cucumber "base" is perfect for building whatever you want on it.  I generally just throw whatever was for dinner the night before over the salad and toss it with a simple vinaigrette, or you can cook up some chicken to use for the salads, your choice.

Word of warning about strawberries lately...they aren't good anymore :(.  I've noticed that the mold turns up only two days after purchase, so it's just not worth it.

Instead, I'll plan on a few banana's for some peanut butter & banana sandwiches for after my workouts this week.  I've been on a strength training kick for the last two weeks and have realized I need way more protein in the mornings, so the peanut butter will be great for that.

I also found Chobani 100-Calorie Greek yogurt on sale this week in a 4-pack for $3.99, so I'll have that with some sliced almonds I already had in the pantry and grab a pint of blueberries (also on sale, for $2.99 at Shaws).

Any other snacks will be from leftovers the night before, so I won't plan to purchase anything else.

Dark chocolate chips never fail, however I've just died and gone to heaven over something even better... Chocolate Fudge Brownie Crisps (found at Whole Foods in the cookie isle).  I'm forgetting the brand but they are goooooood!  They also come in cinnamon sugar crisps (like a snicker doodle) that are just as delish, and one serving is 5 cookies for 110 calories.  Yes, you did hear that right, 5 for 110. OMG.