Using pantry and freezer staples, shelf stable spaghetti squash and a few fresh ingredients, you have an easy, creamy, delicious dinner that makes for excellent leftovers.

If you're a fan of spaghetti squash and miss the creaminess of spinach and artichoke dip, I think you're really going to like this.  The flavors are light and mild, the sauce is easy to make (no soaking cashews etc), and the leftovers might arguably be even better.

Probably the most important part of making this dish, especially on a busy weeknight, is to prepare your spaghetti squash ahead of time. 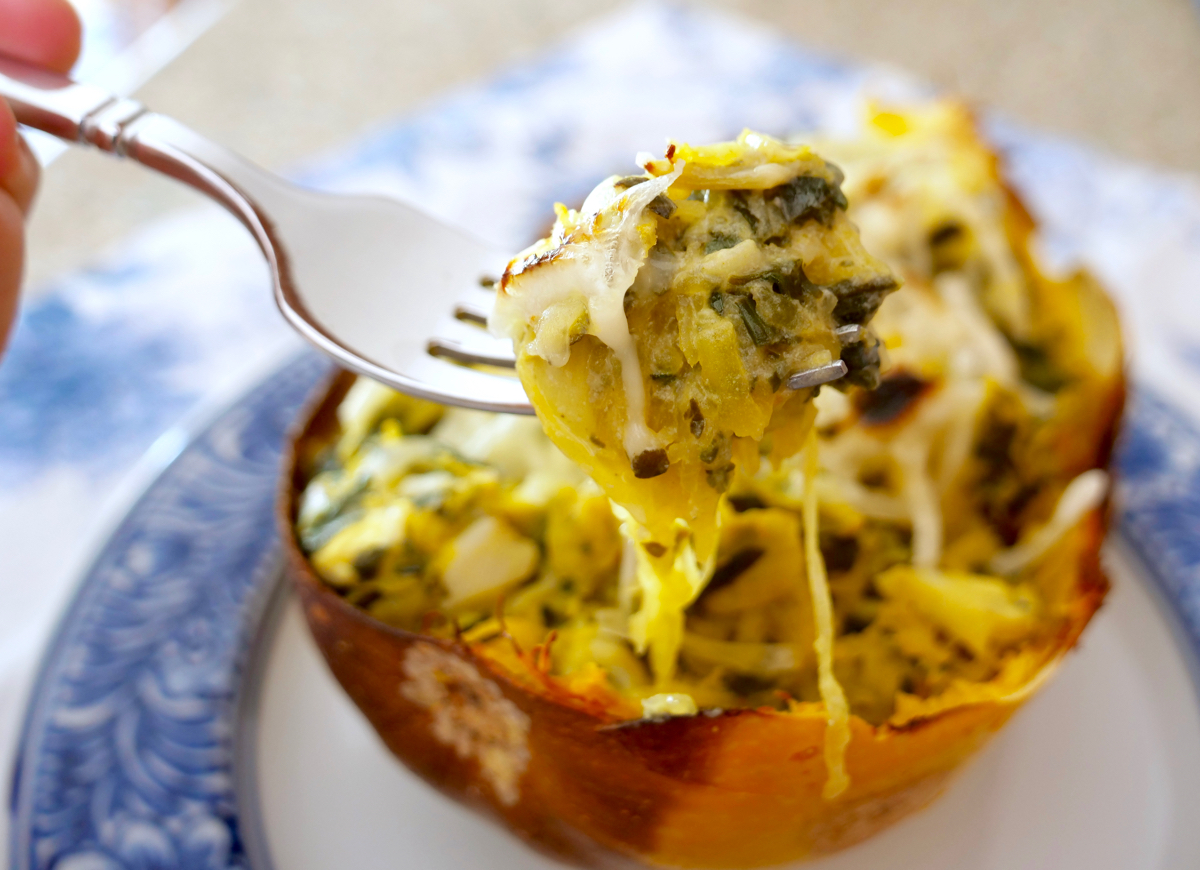 All you really need to do is make sure you can be home for 1-2 hours at some point leading up to making this recipe, which is pretty easy these days.  It's basically a hands-off prep, just make sure to pierce holes around the squash with a knife first, then put the squash in the oven at 425 for 1 hour, let it cool for 10-15 minutes, then cut it in half lengthwise and use a fork to shred the spaghetti squash.  Keep the squash in a bowl in the fridge until you're ready to use it.

Whether you pop it in the oven while you're on zoom calls in the morning, or making it a day or two ahead when you have more time, it's an easy meal prep that only sounds like a lot.  I promise it's not! 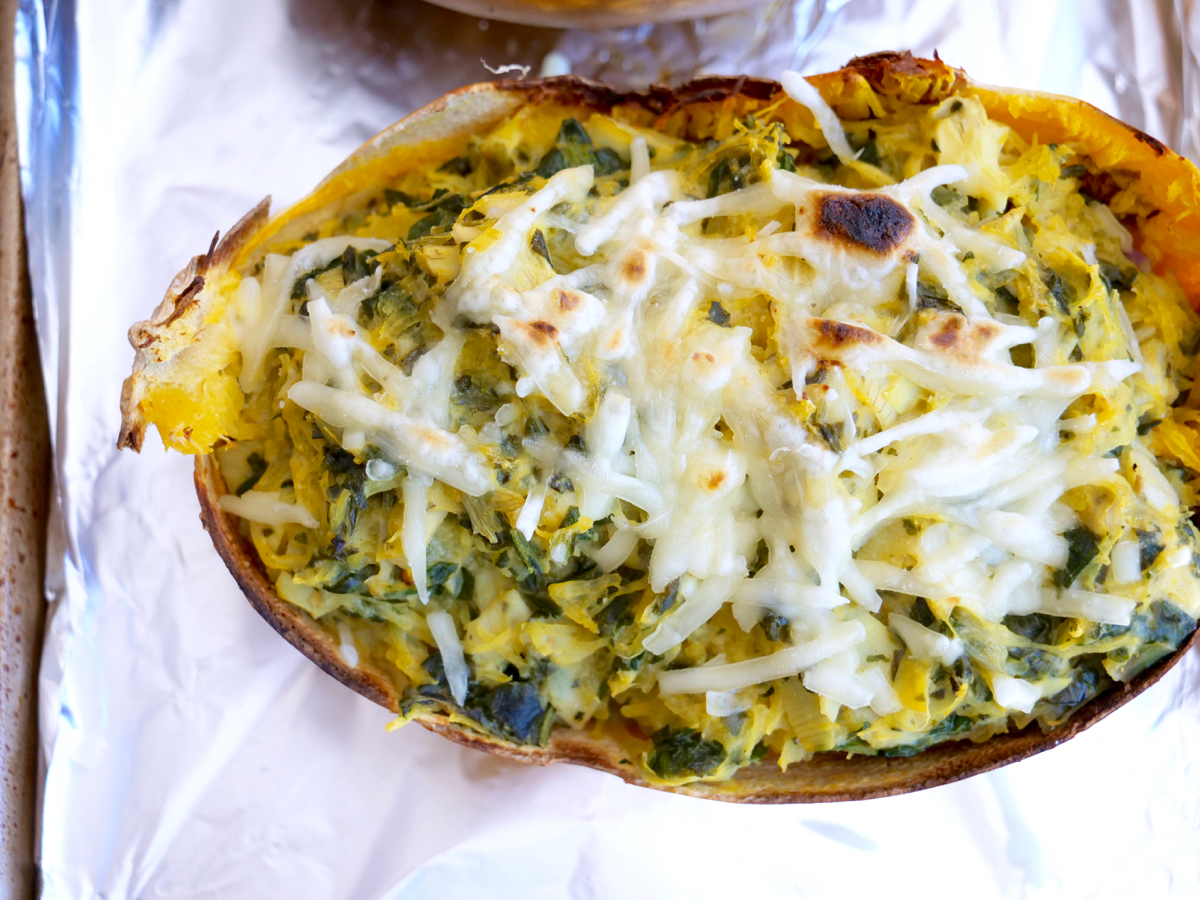 The spinach and artichoke filling is as close as I'll ever get to the real thing, without all the butter, milk and cheese. 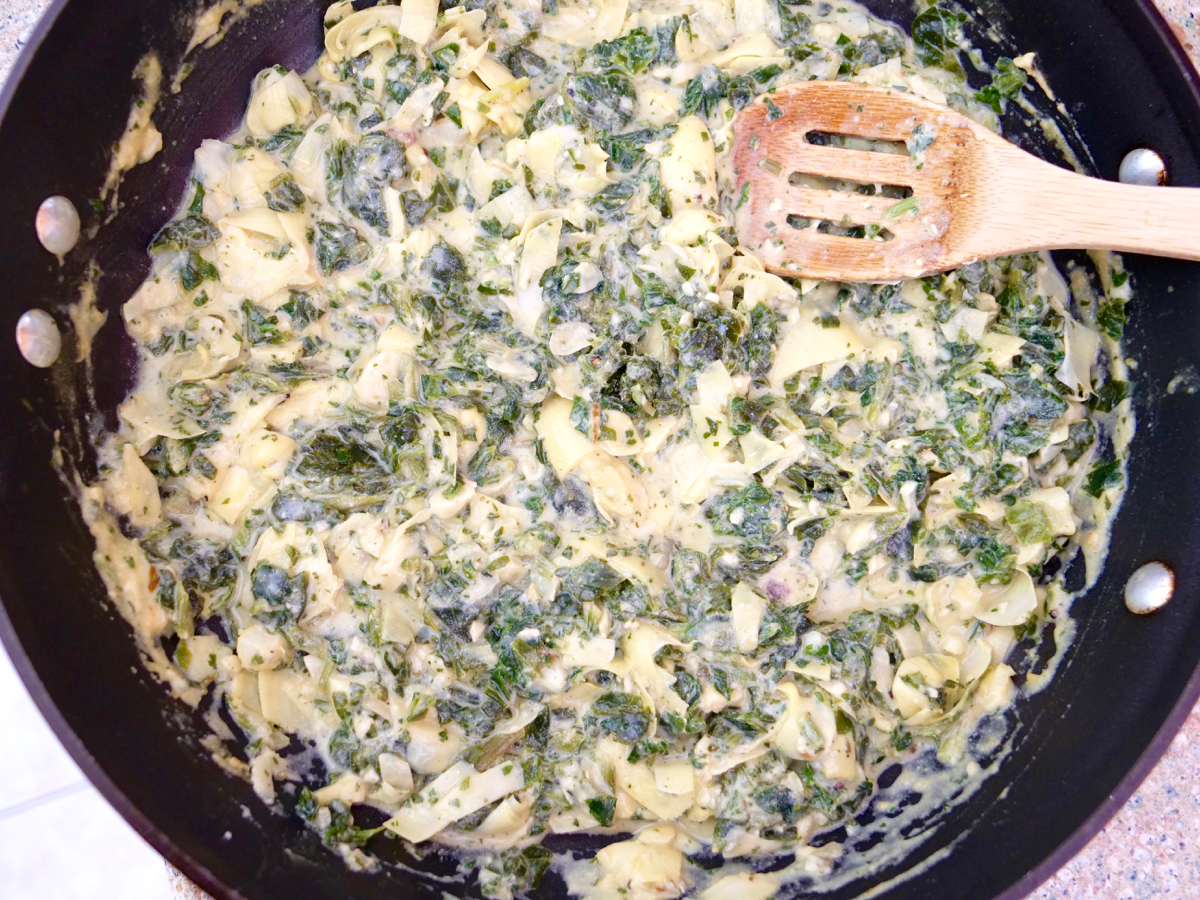 I used a combination of Miyokos vegan cream cheese (I tried the chive one this time and LOVED it, but plain of course works too!), Daiya mozzarella shreds, oat milk, shallots, garlic, broth, lemon juice and nutritional yeast.

Canned artichoke hearts are roughly chopped and added to the sauce, followed by frozen unthawed spinach. I don't thaw my spinach out for this dish so that the water in the spinach can help keep the cheese sauce from getting too thick.  Same with the artichokes - I drain the can but any more liquid from the artichokes isn't squeezed out before being added to the sauce. 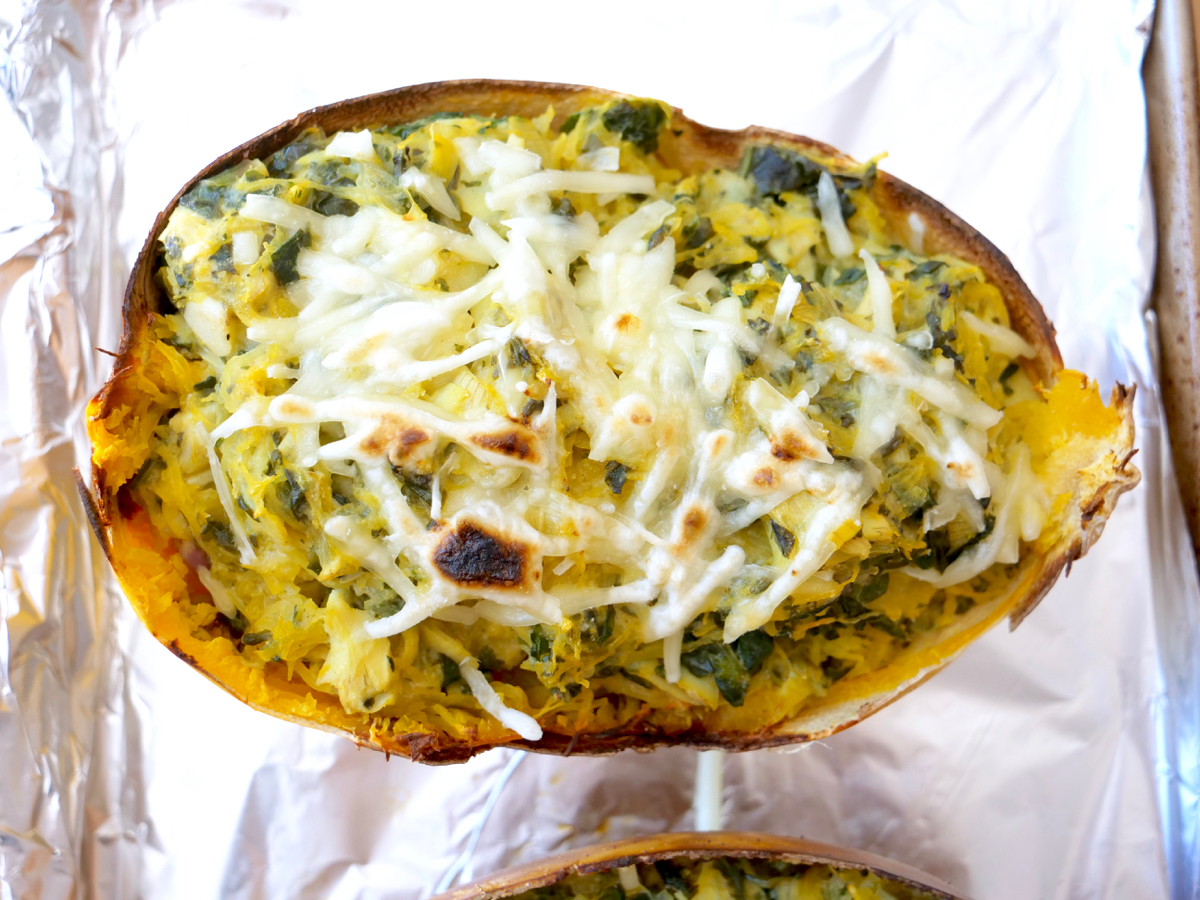 This makes for a great lunch the next day, or you can even make a lot and freeze the filling (just be sure not to try keeping and freezing the squash bowls).

I hope you enjoy!

*You can keep the bowls for later or if you want to throw them away, plan to use a greased baking dish for when it's time to broil the cheese before serving.

An Easy Plant Based Holiday Menu