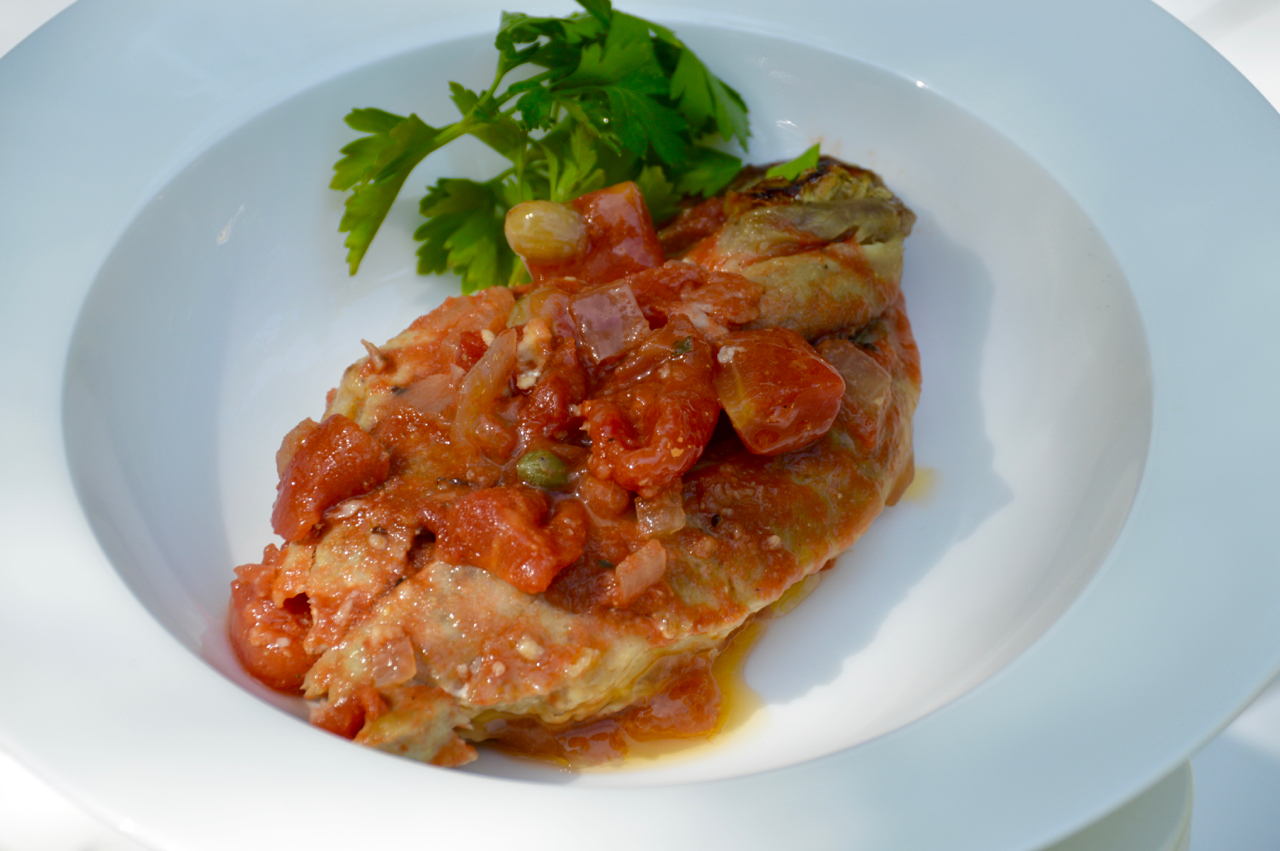 When most people think of bluefish, they think of the strong taste and oiliness that a bluefish typically has.  In an older recipe I had made a few years ago, I had simply marinated the fish in red wine vinegar for 30 minutes, then taken the fish and put it under the broiler to lightly caramelize the fish, and, take the fishiness out of the bluefish.  It worked beautifully, and for this recipe, I have taken it one step further and created a delicious mediterranean inspired sauce that goes deliciously with the bluefish.

The sauce is made with simple ingredients - chopped tomatoes, garlic, lemon and parsley, with a few ingredients you may not expect - capers, raisins and ground cumin.

The flavors come together beautifully, and the sauce can be simmering slowly while you marinate the fish in the vinegar and then give it a quick broil.

If you are good at multi-tasking, this dish could be made even faster than one hour, but it is more realistic to plan for at least one hour.  Just remember to not let the fish marinate in the vinegar any longer than 30 minutes, otherwise you won't taste the fishiness, but you will taste vinegar!

I hope you enjoy this as much as we did!

Mediterranean Bluefish
Prep time: 30 mins
Cook time: 30 mins
Total time: 1 hour
This is a blend of pretty much everything in your kitchen, but it works. From real mediterranean flavors like olive oil and garlic to eastern flavors like ground cumin and golden raisins to other flavors like butter and parmesan cheese to give it a little savory bite of flavor.
Ingredients
Instructions
3.5.3251