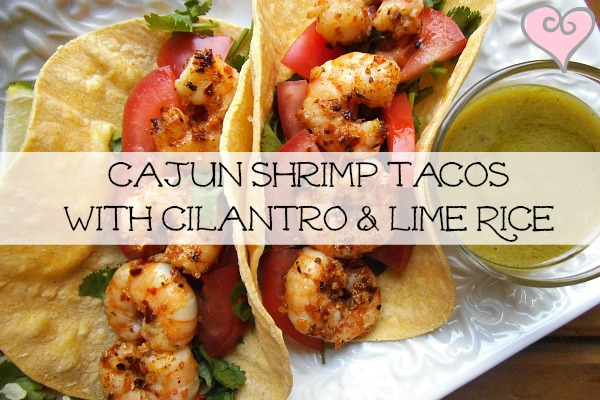 A quick and simple dinner idea that's perfect for the beautiful weather outside!  Fresh flavor meets clean, healthy ingredients for a filling, under 250 calorie dinner.

Not only is this under 250 calories...it's also yet another 20 minute meal!  Isn't that just perfect?

While the rice cooks, toss the shrimp in the seasonings then cook them in some oil for literally 1-2 minutes on each side.  If you cook them any longer they will get tough and chewy and that's just not nice.  After that, you still have time while the rice cooks (I use boil-in-a-bag 10 minute brown rice) so cut the tomatoes, chop the cilantro, warm the tortillas and cut the limes!  Seriously - all in 20 minutes. 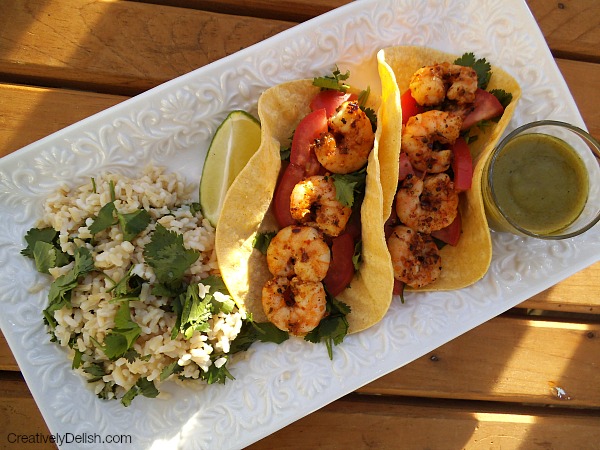 The Cilantro & Lime Rice is very similar to the popular version from Chipotle and Qdoba, made with a little (you guessed it) lime juice, some chopped cilantro and a dash of salt.  So easy and quick to throw together!  For a little extra creaminess, cook the rice in light coconut milk instead of water and then add the other ingredients in. 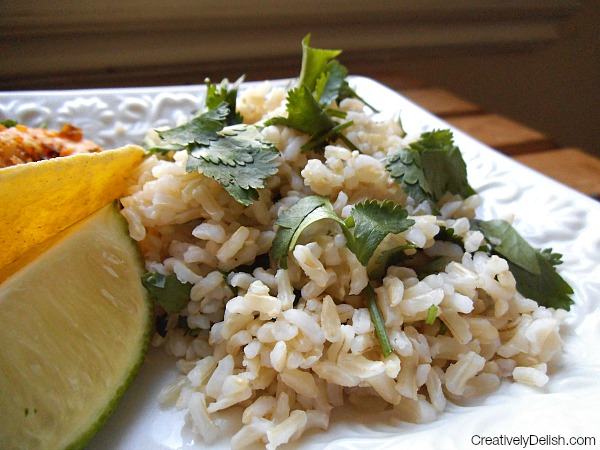 Oh and did I mention these babies are spicy?!

Calm it down a little bit with my all time favorite summer vinaigrette - Amy's Kitchen Avocado Vinaigrette.  If you read my blog at all, you'll notice I use this in just about everything, so I really urge you to run to Whole Foods and get some, it's ridiculous how good it is.

If you don't like the idea of taco's, throw the shrimp over a spinach salad with tomato, sliced red onion aaaaaaand....avocado vinaigrette. 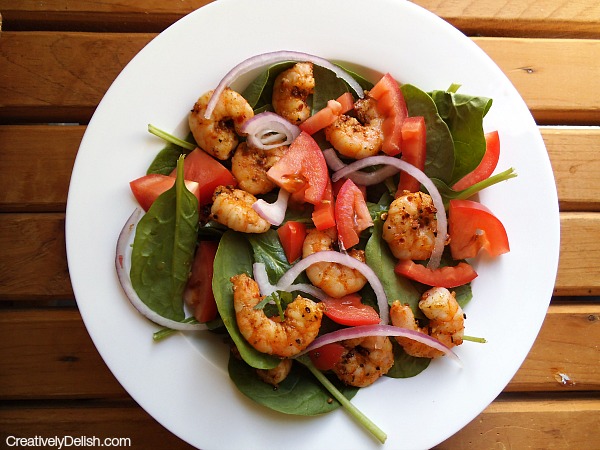 Here it is folks...my true love (besides Ryan of course) (and my parents): 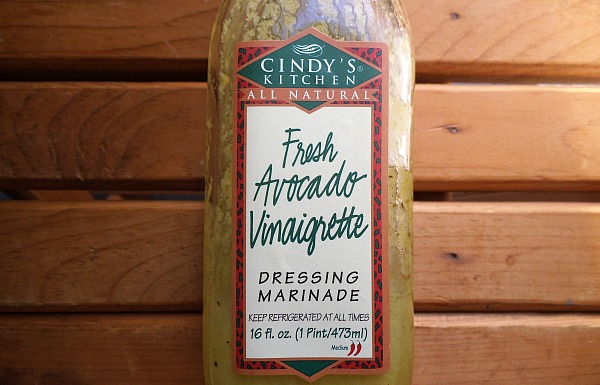 Cajun Shrimp Tacos
Print
Prep time
10 mins
Cook time
10 mins
Total time
20 mins
Serves: 2
Ingredients
Instructions
Notes
If you'd rather not curse your way through this recipe, make sure to buy the shrimp already peeled and de-veined. I promise you'll be much happier and not make the same mistake I once made!
3.2.1284